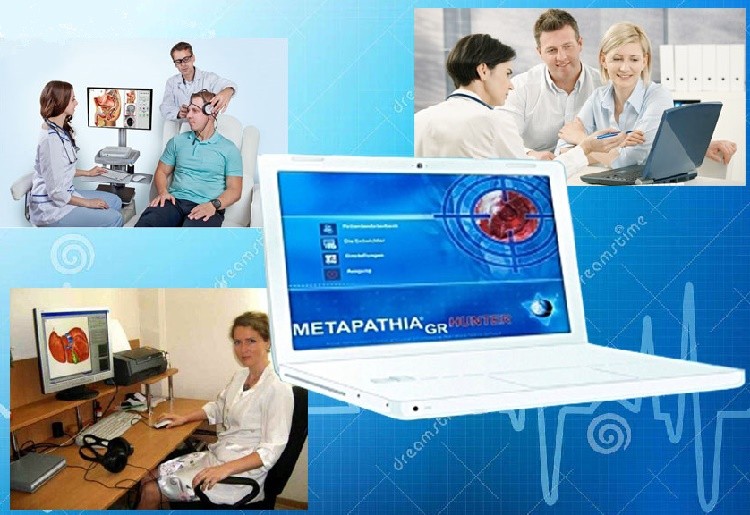 The Meta Hunter is the most powerful health risk-assessment tool currently available. The Meta Hunter can help you get a huge success in the field of health.

It is an advanced Non-Invasive Diagnostic Device for physical examination & analysis system, using the light wave resonance to scan and detect the functional status of the Human body or to trace the gradually formed abnormal conditions in the tissue, cell, chromosome, DNA helix, molecule or entire organs, then it provides treatment.

The Meta hunter is the version which is developed based on the Metatron 4025 Hunter with the Chakra scan and healing functions making it even more accurate. It even includes:

Acute and chronic pain and inflammations.

The studies showed that the new Meta Hunter 2021 is really a huge step forward in the development of the NLS Systems. Within seconds the "Meta Hunter" finds by itself the origin of tumors and hereditary diseases. So the Meta Hunter is beyond anything one could imagine in the past.

These overwhelming results were realized throughout the completely new 3-D Spiral-Scanning-Method. Meta Hunter was enlarged with hundreds of new virtual pictures.

The Meta Hunter finds by itself the DNA fragments with the most information loss. If these deviations on the DNA fragment-level are balanced, a lot of symptoms all over the body can disappear.

The Meta Hunter to describe all-embracing is not possible in words, you should experience it yourself!

Together with improvement of Meta Hunter hardware, the software has been improved also. Meta Hunter 2021 is a new, revolutionary step in software creation. Hundreds of virtual models, starting with chromosomes, DNA and cells and models of organs and joints, were added to Meta Hunter.

Also the algorithm of the software was renewed, thus the effectiveness and reliability of researches was increased. The most significant addition to Meta Hunter – is a module which allows the revealing of oncological early stages. New user interface of the software is intuitively obvious; all symbols are visual and easy to remember.

Meta Hunter 2021 is considered to be the leader in quantum non-linear diagnostics sphere, and medical certificates allows using of the system everywhere.

Another main feature of Meta Hunter 2021 is it's function called "Three-dimensional Scanning" which allows to localize automatically a nidus where tumor appeared, heritable diseases, etc. and to find the reason of appearance at genome level, passing one after another histological cuts, cytological cuts, chromosome sets, separate chromosomes, and go deeper to fragments of DNA helix.

During a research the gross changes in tissues shown on macro cuts are revealed, and then a research of the histological cuts of the chosen tissues is carried out in a place of major pathological changes. Then, after histological cut research is done, the search of significantly changed cells is carried out in order to find changes in cell structures. This algorithm then goes to the level of chromosome set, looks for the changes in separate chromosomes, after that starts a research of DNA helix. Also user may carry out the research of multivariate topological picture and metastatic disease. It allows additional searching for metastasis in other organs. The researches are held in automatic mode and user can interrupt it in any moment. 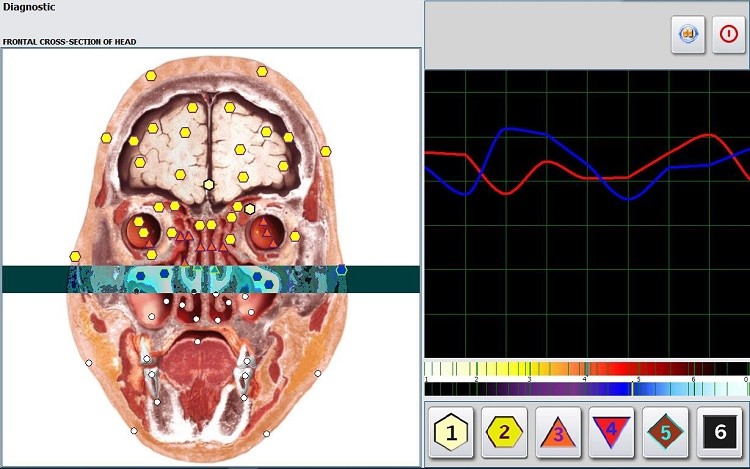 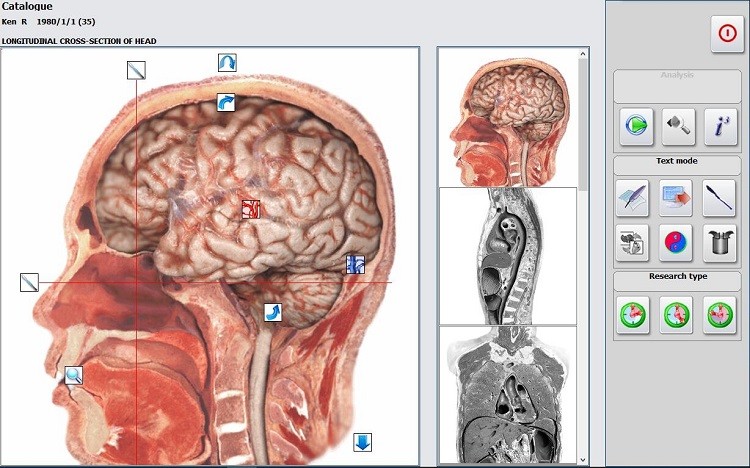 All the information about the state of your body is delivered to the brain. We use special trigger sensors in order to connect to it.

Furthermore, we use cutting-edge software in order to obtain this data, to decode it and to create an onscreen display in the form of three-dimensional models of organs, tissues and cells.

The Principle Of The Method :

Bio-resonance or NLS-diagnostics aim at obtaining information about the state of your health using computer and special programs. The data about an objective state of body tissues, cells, chromosomes and even hormones are being transmitted in real-time and instantly decoded in the form of specific diagnoses and recommendations.

Bioresonance is basically the interaction between the organisms and their frequency patterns that enclose or reverberate due to the movement of the organisms. Bioresonance technology works in collaboration with the Meta Hunter biofeedback devices that are known as 'brain machines' or psycho-physical amplifiers.

The advantages of our new system Meta Hunter 2021:

- The main peculiarity of Meta Hunter is 'multidimensional virtual scanning' that allows automatically localize a nidus of tumors, hereditary diseases and reveal a reason of its appearance at genome level, by sequential passing through histological and cytological sections, chromosomes and going deeper to fragments of DNA molecule.

People who fall under any of the following categories are welcome and advised to benefit in using and having a Meta Hunter device:

No doubt, Meta Hunter will be your new corporate business model in the coming future. It conveys the positive effects and the deep impression on your clients, holds their attention and makes them come back again and again to your business circle. It creates a lot of benefits and makes a lot of money from the following ways in expanding markets on preventive medical fields, medical checkup and its follow-up products or peripheral commodities for a long-term period. 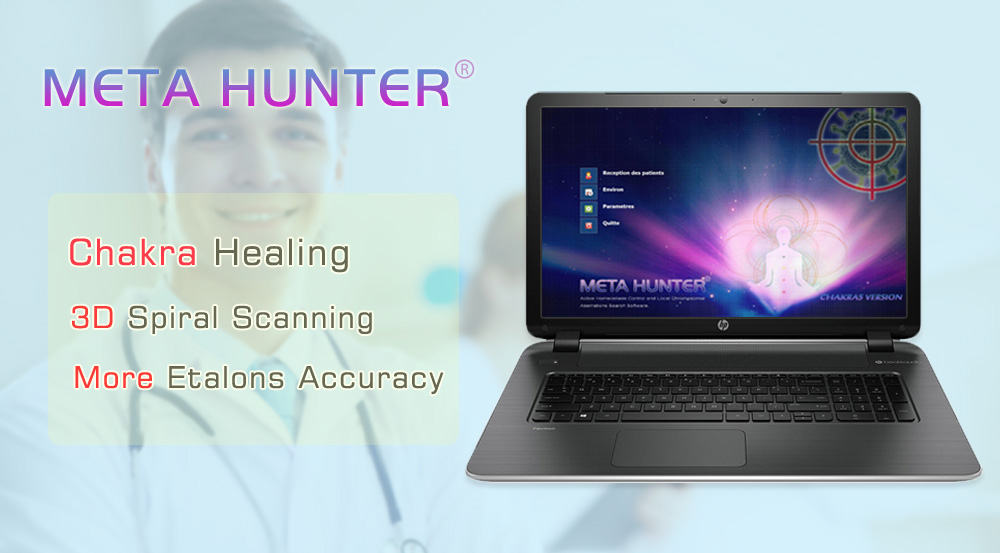 Each unit is packed in an aluminum box and then loaded into a three-layer corrugated box,