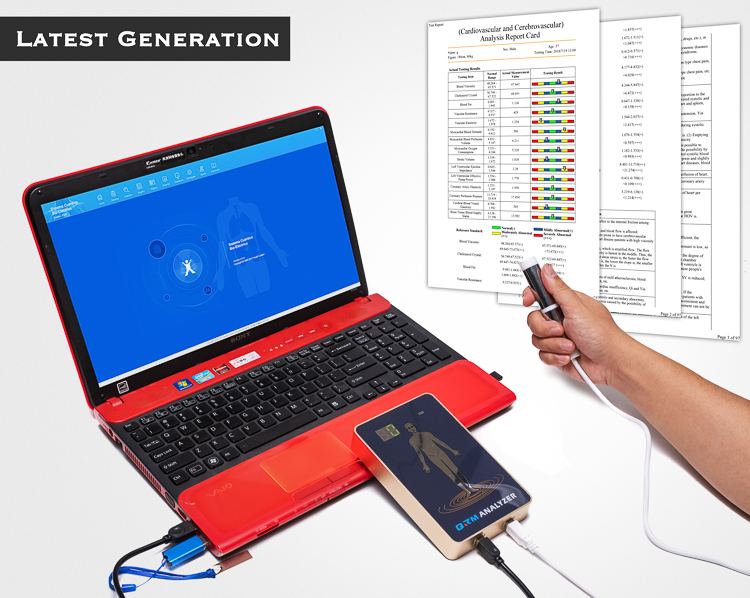 when the spin of electrons outside the atomic nucleus and the orbit change, the electromagnetic wave emitted by the atoms will change. The energy of the electromagnetic wave changes caused by the changes of the human body's diseases and physical changes in the nutritional status is extremely weak and usually is only nano gauss to microgauss. The frequency and energy of the weak magnetic field of hair determined directly or by holding a sensor by hand compare with the resonance spectra of standard quantum of diseases and nutrition indicators set in the instrument after the frequency and energy are amplified by the instrument and processed by the computer, and then the corresponding quantum value being from negative to positive is output. The size of the quantum value indicates the nature and extent of the disease and the nutrition levels. Finally, the test results are resolved by clinicians. For example, cancer cells are different from normal cells, and the electromagnetic waves emitted by cancer cells are also different from the electromagnetic waves emitted by normal cells.

Quantum resonance testing tumor is to send the standard wave of cancer cells to the specimen. If there are cancer cells in the human body, resonance will occur, and the instrument will detect the signal. The more the number of cancer cells is, the more intense the signal is, and the quantum value tends to the negative value. If there are no cancer cells, resonance will do not occur, and the quantum value tends to the positive value. It's similar to the principle of listening to broadcasting from the radio. There are many radio waves in the air. If you want to listen to some designated broadcasting, you can transfer the radio to the corresponding frequency, at this moment, resonance occurs, so that you can listen to this broadcasting. Quantum resonance uses this principle for testing. 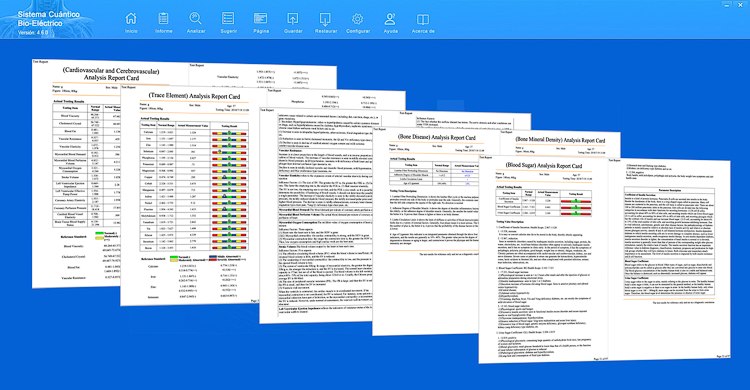 Features of our NEW Quantum analyzer:

1). Professional
Based on the study on a hundred million clinical cases for many years, a number of medical and computer experts invented quantum health monitor.

2). Comprehensive
Our quantum health diagnostic instrument can make a comprehensive examination to human body. After the test, 16 health reports can be obtained.

3). Accurate
The statistical analysis of health is carried out rigorously by using scientific methods and it is approved by a large number of clinical practices. The accuracy rate of this health care product can reach up to 85%.

4). Ahead
Our therapy device can detect health changes before obvious symptoms and signs of disease appear. The early detection will make for early treatment.

5). Simple
The operation of this health equipment is quite easy. Users can master the detecting techniques after a short-term training.

6). Convenient
Through using this health instrument, health check can be made anytime and anywhere. This will save time for patients.

7).Economic
The cost of testing is quite reasonable, acceptable for average consumer.

8).Security
The health check is made in a noninvasive way, so the instrument will not harm human body. Based on the testing reports, the users can get the information about health status and prescription. 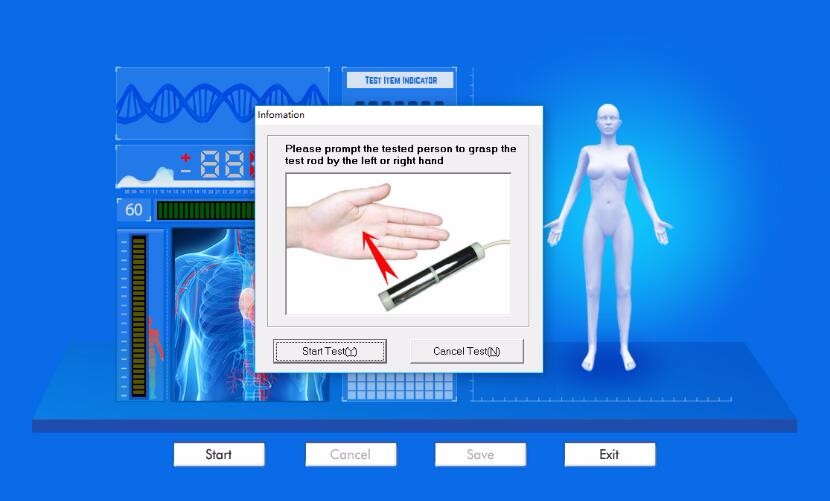 How to use the Quantum analyzer in a simple operational way:

1)Install software in PC.
2)Connect all of cables, such as USB Drive to PC, USB Key (for running the software ), the metal stick line to Machine.
3)Run the software, meanwhile, hand the metal stick, and choose start testing.
4)1 minute, it will auto-show the test result. 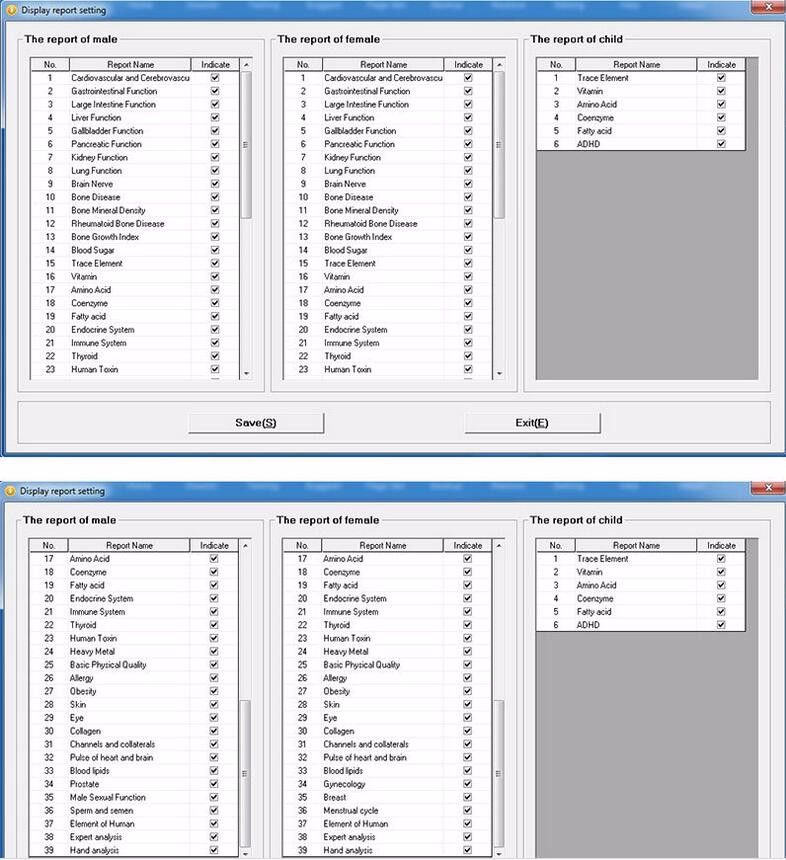 * We will ship the goods within 3 days of your payment.

* We use DHL, UPS, FedEx, EMS Express or other (air / sea) shipping delivery.

* The logistics tracking number will be provided.